What Exactly is Gluten?

Gluten is a protein found in grains like wheat, barley, rye, spelt, triticale, bulgar, and kamut. It is actually made up of two smaller proteins: the glutenins and gliadins. Gluten is a sticky molecule, so it helps hold baked foods together and gives them their chewy texture.

What is a Gluten Free (GF) Diet?

Gluten is contained in many grains. It is also added to a lot of foods that you might not expect because it acts like a binding agent. It’s a common ingredient in soy sauce, sauces, condiments, taco seasoning, lunch meats, and other processed foods. A GF diet removes these grains and foods that include gluten as an additive. A GF diet should emphasize mostly naturally gluten free grains like rice, quinoa, certified GF oats, teff, amaranth, and millet. Fruits, starchy vegetable, legumes, nuts, seeds, and healthy fats like avocado and olive oil should also be a staple.

Celiac disease is a genetic autoimmune condition characterized by inflammation and malabsorption of nutrients in the small intestine. It is diagnosed by endoscopy, which shows flattened villi in the small intestine. Think of villi as the lips in a rag rug. They are responsible for the breakdown and absorption of many nutrients. The consumption of gluten causes your immune system to attack the villi and flattens them, causing malabsorption of many important minerals and nutrients.

Someone with celiac disease may experience chronic diarrhea, fatigue, various nutritional deficiencies (especially anemia), undigested food in the stool, and abdominal pain. Someone diagnosed with celiac disease needs to stop eating gluten completely for life. The gold standard diagnostic tool is an endoscopy, but a blood test is also often used as well to check for the presence of IgA antibodies to gliadin and an enzyme called tissue transglutaminase (tTG). Be aware that the intestinal lining recovers upon elimination of gluten, so an endoscopy won’t detect celiac disease if someone is already eating a GF diet. In this case, a blood test to check for two genetic markers called DQ2 and DQ8 is usually indicated along with the blood test that detects antibodies.  Additionally, it’s important to note that only about 50% of those with celiac disease present with gastrointestinal symptoms.

In contrast, someone who has non-celiac gluten sensitivity does not experience the tell-tale flattening of the villi or the malabsorption to the extent that it happens in those with celiac. However, digestive symptoms such as nausea, constipation and/or diarrhea as well as bloating and abdominal pain are very common. While some people with NCGS will have antibodies, its unknown whether this is a reliable way to assess sensitivity. We recommend a trial of the GF diet to see if it is the culprit behind your symptoms. Remove it for at least a month (but optimally 8 weeks), then add it back to your diet and assess for symptoms.

Why is gluten harmful?

In his book, “Grain Brain”, Dr. Perlmutter calls gluten the “silent germ”, meaning that you might be experiencing negative effects of eating gluten but not experience symptoms. He argues that gluten is especially insidious when it comes to brain health and neurological function (Yep, think increased risk of Alzheimer’s Disease) and posits that, from the standpoint of brain health, we might all be sensitive to gluten. One of the reasons could be because gluten is known to increase intestinal permeability which impacts brain, gut and immune function. Gliadin (a component of gluten) exposure has been shown to cause increased intestinal permeability in not only those with celiac disease, but also healthy controls.

Increased intestinal permeability, also called leaky gut syndrome, allows foreign particles like proteins, byproducts of microbial metabolism and toxins/pathogens into the blood stream causing inflammation, immune dysregulation, and even other food sensitivities. See the photo below! Additionally, leaky gut may allow a toxin from the gut known as lipopolysaccharide (LPS) into the blood stream, where it can cross the blood brain barrier and cause neurological issues and damage. One small study published in the Journal of Neural Transmissions found that 16 out of the 22 Alzheimer’s patients included had increased intestinal permeability. Gluten sensitivity has also been linked to ADHD, Autism, Depression/Anxiety, Skin disorders, IBS, Autoimmune diseases, Fibromyalgia and more.

If I don’t have any digestive symptoms, could I still benefit from eliminating gluten?

Even if you don’t have digestive issues or celiac disease, it’s not a guarantee that you aren’t experiencing adverse effects of consuming it on a daily basis.

Gluten and Your Skin

Gluten sensitivity (with or without celiac disease) is strongly linked to eczema, also known as dermatitis. Additionally, the intake of gluten (especially from wheat) may cause or worsen acne due to its impact on insulin levels. Insulin tells your ovaries to make more testosterone, and overproduction of which may cause acne.

Fibromyalgia is a syndrome characterized by muscular pain, sleep problems, and fatigue. There is not one known cause of fibromyalgia. However, gluten sensitivity has been researched as an underlying contributing factor. Studies show that a subset of those with fibromyalgia experience significant relief or remission by following a gluten free diet.

The most common type of hypothyroidism in the U.S is Hashimoto’s Thyroiditis, an autoimmune disease that results in the immune system making antibodies to the proteins involved in thyroid hormone production. This results in slowed thyroid function. It has been hypothesized that a GF diet may reduce antibody production by reducing intestinal permeability or leaky gut and reducing overall inflammation. While studies are limited and results vary, one controlled trial found that following a gluten free diet for 6 months resulted in lowered levels of thyroid antibodies and increases in Vitamin D. Other studies found no significant benefit. However, we see drastic improvements among our patients’ symptoms on a GF diet in most cases and usually recommend it as a non-invasive intervention.

What if it’s not the gluten? Other factors to consider:

So, what’s the final word?

In my opinion, there is strong scientific evidence for removing gluten from your diet and replacing it with other naturally GF grains such as rice, quinoa, millet, oats or teff and eating lots of fiber rich fruits, vegetables, legumes and nuts. You may benefit long term by lowering your risk of autoimmunity, inflammation, functional bowel diseases and even neurological conditions. I would also recommend removing gluten from your diet for 6-8 weeks as a trial if you have any of the following specific conditions:

Connected Health in Wexford, Pennsylvania is a concierge primary medicine practice that believes strongly in putting the focus back on the patient. We connect our patients not just with physicians, but also with pharmacists, personal trainers, and registered nutritionists. If you’d like to learn more about our concierge care services or want to explore your membership options, give us a call at (724) 933-4300. You can also book an appointment online! 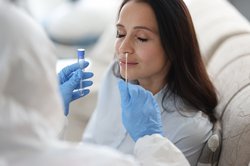 COVID Testing 101: Everything You Need to Know

Thank you for subscribing!

You will receive important news and updates from our practice directly to your inbox.